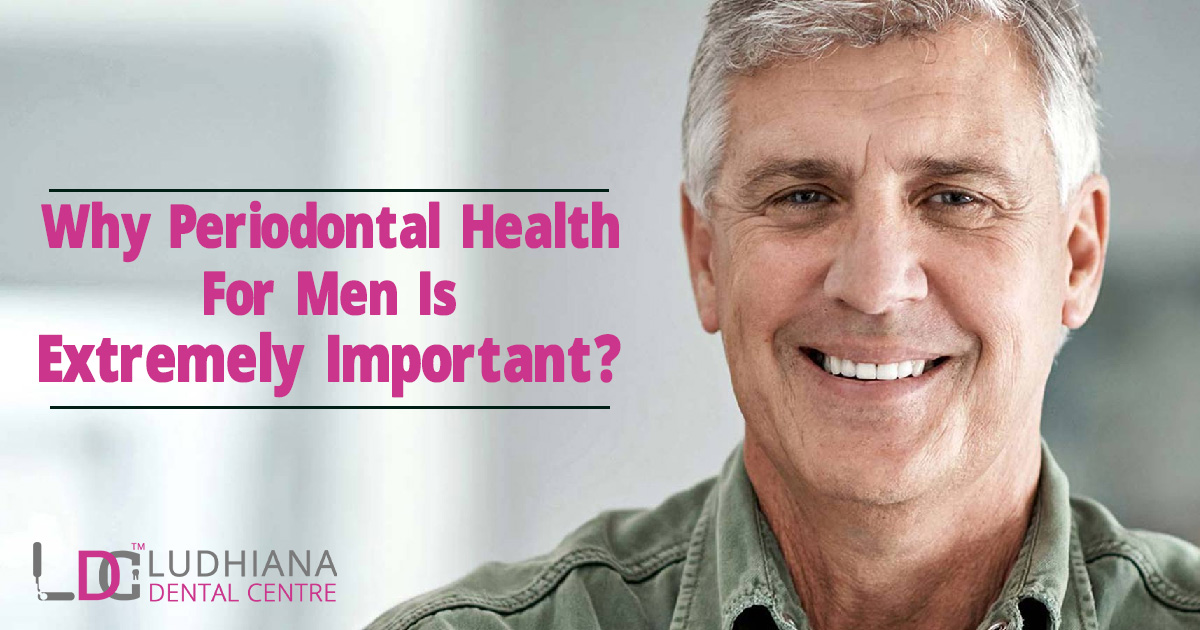 The periodontal disease shows a higher occurrence in men as compared to women. While women showed 38.4 per cent, men showed a higher percentage of 56.6 per cent. The case is so because the health indicators of men are not as good as of women. The other reason might be that they don’t visit the dentist regularly. However, men should be as careful about their periodontal health as their overall health.  In this case, it might lead to a problem in other organs of the body as all the parts of the body are interconnected with each other.

Prostate-specific antigen (PSA) is an enzyme secreted in very small amounts in the prostate region. The PSA levels rise when the prostate becomes affected by inflammation, infection or cancer. According to research, men with periodontal disease indicators such as redness, swelling or tenderness in the gums along with inflammation of the prostate have higher levels of PSA than men who have only one condition. This indicates that there is a strong association between prostate health and periodontal health.

Men younger than 30 or older than 70 stand a high risk of developing impotence if they are suffering  from periodontal disease. According to researchers, the link here again may be inflammation. Prolonged chronic inflammation may lead to damage of the blood vessels thereby causing the problem of impotence.

According to statistics given by a research conducted recently, men with a history of gum disease are fourteen per cent more likely to develop cancer than men who don’t have any gum problems. If you want to see the dates in a more specific form, we will reveal the figures to you. 9 per cent of men are more likely to develop kidney cancer, 30 % are prone to having pancreatic cancer and 30 per cent are in the danger of developing blood cancer.

So folks, brushing twice a day (and flossing once daily) is not an advice only the kids should follow. It pertains to all the men (and the women). These habits accompanied by regular visits to the dentist might keep you away from life-threatening diseases. So give your body its due by taking care of it.

How To Maintain Dental Hygiene? How Often Should You Visit A Dentist?