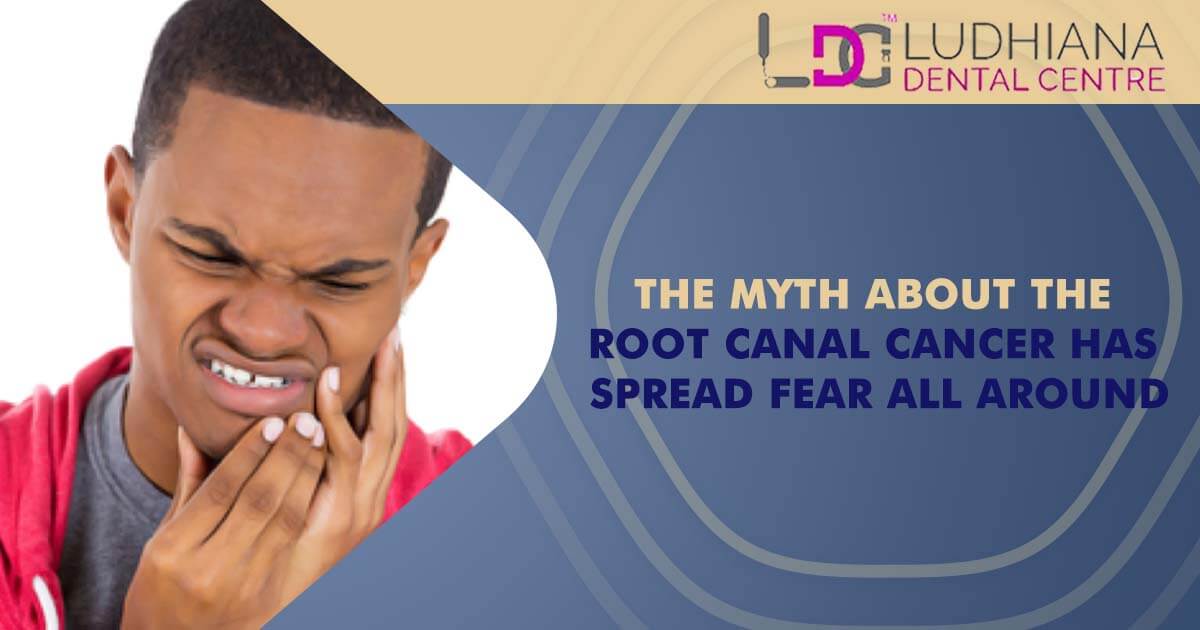 It is not surprising if you have heard that root canals can cause cancer as it is the great myth that people have in their minds since 1920. Even you could have heard that this myth has been proved on the basis of some studies done by Weston price but these studies were conducted on some flawless and poorly designed tests.  As per the studies conducted by Weston price root canal can harbor harmful toxins and can be breeding ground for many diseases like cancer, heart disease, arthritis and many more maladies. But all these results are not true if you have taken root canal treatment from the best dental clinic in Ludhiana but before understanding the myth and fact it is important to understand what root canal is?

What is root canals treatment?

Root canal treatment in India is the procedure that has been performed to repair the damaged or infected teeth. In this treatment, rather than removing the infected tooth entirely, the center of the tooth’s root is filled with canals after drilling. If the root pulp’s infection is ignored then it can cause issues like swelling, infection, bone loss, toothache, or tooth abscess. This infection of the tooth can be treated either with root canal therapy or with extraction.

Root canal treatment can cause cancer is the just public health hazard as it forbade the people to get this treatment otherwise it is totally a myth as no scientifically proven fact about root canal cancer has been given.

Due to research of Weston price this myth about root canal has also been spread on the internet but his studies are unreliable as the experiments included in studies were poorly controlled, tests were performed in no-sterile environments and even not a single researcher has been able to duplicate his results means there is no evidence or further study that can support his results. Even Price’s studies proved that 97% of cancer patients were having root canal previously but there is not a single fact that could support his idea or result.

How To Maintain Dental Hygiene? How Often Should You Visit A Dentist?