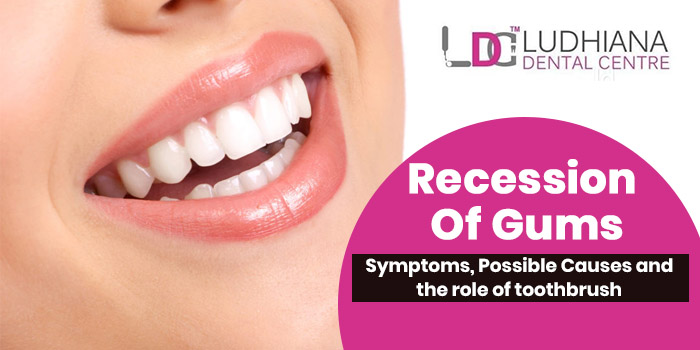 If the proper hygiene of the mouth is not maintained, then it would surely result in many dental problems like tooth decay and many other periodontal diseases. According to the dentist in Ludhiana, “There is no cure for the recession of the gums except for the transformation in the dental-care routine” If you are unaware that which measures should you follow to maintain a healthy routine, then you should consult with the experienced dentist of the dental clinic in Ludhiana.

All about the Recession of gums

How would you find out the recession of gums?

If your gums seem to have gotten inflamed or are appearing lowered in some teeth and are at others they are consistent. So it is the problem of the recession of gums. It needs your immediate attention and you have to check your dental routine whether you are following the necessary instructions or not.

Subsequent signs and symptoms show evidence that your gums are getting receded:

Besides, you will feel certain changes while making a bite or you will experience tendering of the surface of your teeth.

Following causes contribute to the recession of the gums:

As we all know that the predominant cause and the customary reason for the coming up of the recession of gums is periodontal disease. Besides, subsequent reasons are also known to contribute to this problem.

The toothbrush plays a major role in causing damage to the gums.

Yes, there are some other causes as well which would contribute to this problem of the recession of gums:

Dental checkup for – Cleaning, Brilliant smile & teeth strengtheningDifference between Dental inlays and outlays and when are they used?

Suggestion To Maximize Patient Satisfaction And Build A Successful Clinic

Everything you need to know about the dental tooth filling procedure